Originally founded in 2006, Spotify is one of the oldest music streaming services. As a result, Spotify has become firmly established in the market as the industry leader. According to Spotify, 217 million people use its services. Of these, around 100 million use their paid subscription. Besides, the service is now available in 79 countries and houses 3 billion playlists.

As a result, a considerable proportion of the widespread use of the free version with limited functions financed by advertising has contributed to this. However, as an alternative, there is a premium version for CHF 12.95 per month with extended features. As a rule, Spotify Premium can be tested free of charge for 30 days and, if not cancelled, automatically becomes a regular subscription with costs. Also, the company offers a family tariff for up to 6 participants at CHF 19.90 (as of July 2019).

In any case, Spotify has an extensive range of supported devices and platforms. After all, the music streaming service is available as an app for iOS and Android. Nevertheless, there is still a standalone player for Mac and Windows computers – otherwise, access to Spotify music is also possible via web player in the browser. As a result, Spotify can also be used on other devices. The partners include many audio manufacturers such as Sonos and Teufel.

It appears that a bunch of people decided that they did indeed need another music streaming service.

217 million people use its services. Of these, around 100 million use their paid subscription. Besides, it is now available in 79 countries and houses 3 billion playlists. 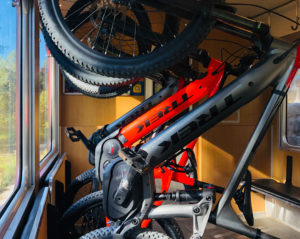