The Swiss running shoe manufacturer On promises to run like on clouds. Soft landing, hard take-off.

In the billion-dollar business of running shoes, the young Zurich brand On has quickly achieved a respectable position. Moreover, On concentrates on the essentials and has made few mistakes so far.

The company was founded in 2010 by three Swiss people: Olivier Bernhard, David Allemann and Caspar Coppetti. The former Swiss athlete Olivier Bernhard, who had the idea for the running shoe, is in the foreground. On has its offices in Zurich -Switzerland.

After several years of tinkering, On finally launched a new running shoe concept in 2010: Cloudtech technology. In contrast to other cushioning technologies, Hence, On shoes counteract not only vertical shocks but also reduce horizontal forces, which are often responsible for pain when jogging.

The term “Cloudtech” is by no means understated because the feeling of the On sneakers resembles a run on clouds. International athletes like Tegla Loroupe from Kenya are already using On. They are as enthusiastic about the shoes as hobby runners. Sometimes the brand is misinterpreted as QC or QC running shoes because the logo of On on the side reminds a little of these letters – but no – it is On!

The On is the first running shoe that dampens when the runner needs it. Flexible rubber elements dampen horizontal and vertical forces during landing and ensure a soft landing. The elements then close, become hard and provide a firm base. So: land softly like on sand, repel hard like on asphalt. The runner glides into the crotch and can repel powerfully, no matter on which surface he is running.

Eight years later, running shoes from On are available in more than 3,500 speciality stores for runners’ needs in over 50 countries, in addition to its European headquarters in Switzerland, On has opened stores in the USA, Japan, Australia and Brazil. On products continue to win international awards for outstanding design and innovative technology. On is still a long way from reaching the finish line.

Some On running models

Cloudswift is one of most recent creations of the Swiss engineers and designers of On Running. The Cloudswift looks futuristic and still captivates with its understatement.

Hence, the design is once again at the forefront, whether on a city break or while running with friends. But design is always a question of personal taste. With the technology under the beautiful skin it looks different.

Cloud – Performance shoe for every day, even for work.

On Running Cloud is a flexible lightweight. The patented cloud elements on the sole, 16 in total, ensure cushioning comfort. These cloud elements can move individually and create a natural running feeling. The laces convince through flexibility, they adapt to the foot without having to be laced. There is a flexible strap around the heel that holds the foot in position and ensures an ideal fit. The On Cloud is fun – soft landing with an explosive kick for an incredibly light running feel.

The On team grew up in the Swiss Alps. It is therefore not surprising that the most important trail shoe characteristics are combined here: lightness, mobility and reliable support. A reinforced rubber frame at the heel and the back of the foot gives the foot additional protection off-road.  The Cloudventure offers increased stability in rough terrain. The Cloudventure is also available as a waterproof version.

Cloud-X – For running and a variety of workouts.

On Cloud X has been developed for athletes who on the one hand, want to run fast, but on the other hand, also want to wear the shoe during other workouts. Even if we usually wear different shoes during strength training or even train barefoot, the option is promising. After all, this means that the shoes support the athlete perfectly in every situation. No matter if running, coordination or strength training!

Which is the optimal shoe?

The choice of the right On depends on whether the runner is a beginner, advanced or professional. It is also decisive for which runs the shoes are intended, i.e. which distances are to be covered on which surfaces. For beginners, we recommend a visit to a specialist retailer.

Otherwise: put on the On and start running! Those overweight, running beginners should not shoot themselves with a natural running competition shoe into the joint coma, should be clear to everyone.

First of all, you have to say that you feel the Swiss thoroughness. Moreover, the great enthusiasm for running in all aspects of the brand. Credibility and excitement that can only have very few brands. First of all, the design of the shoes is suspicious, and you can immediately see the many details that an On running shoe has. The mesh upper is pleasantly airy and still offers excellent stability due to reinforcements on the sides of the forefoot and the cap. The slightly raised sole also protects from stones or other small obstacles.

Our selection of On shoes is continuously growing. Soon there will be ten different models, mainly Cloud and Cloud X.

Reading Time: 11 minutes The Boss When the BMW X5 M50d accelerates over two tonnes to 100 km/h in 5.2 seconds, it feels like a minor

Reading Time: 4 minutes The Kitchen Helper The Kenwood Chef Elite Titanium is on duty with us every two days. Mostly for kneading bread dough and

Reading Time: 6 minutes Free Stock Photos Pexels, Pixabay and Unsplash are stiff competition to the paid stock photos from the most popular websites like iStockphoto.com 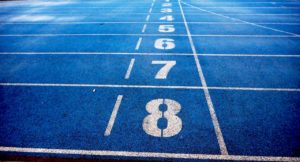 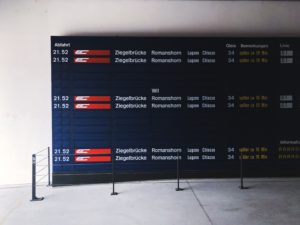